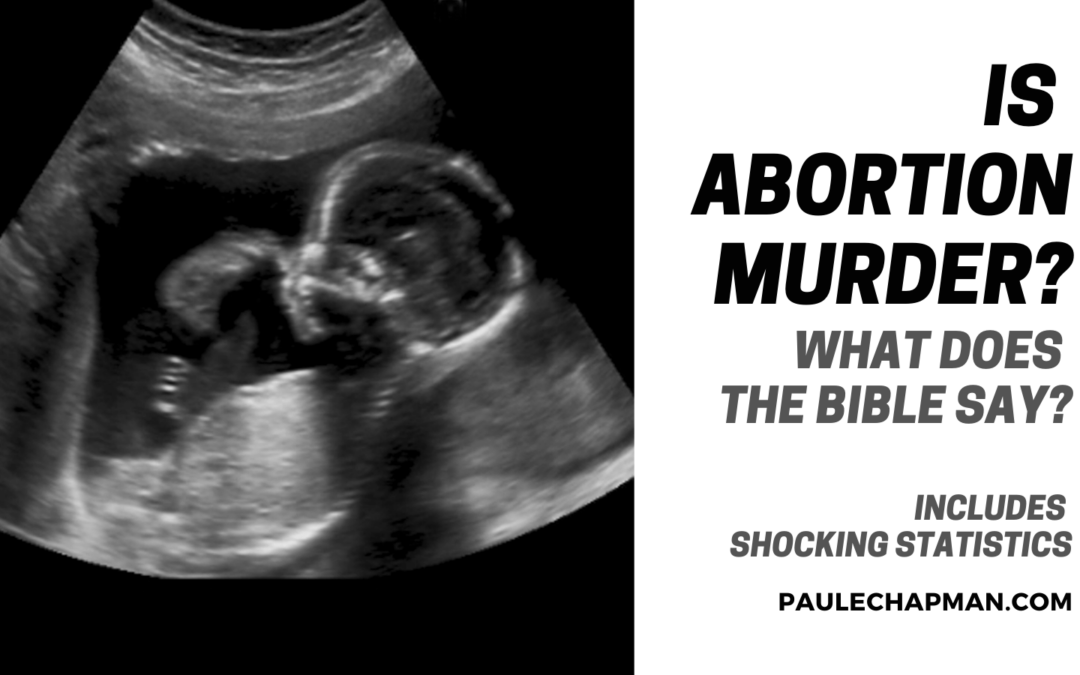 Is abortion a sin? How many abortions have been performed? Is abortion murder? What does the Bible say about abortion? Learn the answers to these questions and more in this article.

I have published a mini-book entitled, “The Abortion Atrocity.” Read the introduction and first chapter in this post.

Abortion is a hot-button topic.  It is one of the most divisive subjects in public discourse today.  When the issue of abortion comes up, many people stop thinking.  They disengage their brain, allow emotion to take over, and start accusations or name-calling.  Even among professed Christians, the topic of abortion is contentious.

Abortion is a subject that demands emotion.  It is a very passionate topic with good reason.  Either doctors are murdering helpless babies or activists are infringing women’s rights because of a “tissue mass.”  We must know the truth about this vital topic.

How can people be so far apart on such an important issue?  I can think of many reasons, but I place much of the blame on American pulpits.  While some faithful men of God in the past spoke the truth about the tragedy of abortion, the majority of religious leaders wilted in the face of worldly opposition.  Preachers who are tickling the ears of congregants to keep them happy won’t touch the subject of abortion with a ten-foot pole.  Sin always abounds when pulpits get quiet, and preachers are silent.

In this article, I would like to present a reasoned argument that abortion is terribly wrong.  Please keep an open mind and read all the way through.  The Bible teaches that abortion is a sin.  In fact, I believe I can prove with logic and statistics that abortion is one of the world’s great atrocities.  In this article, I’m not going to give you sad stories or impassioned emotional pleas.  On the contrary, the foundation of my conclusion is the only information that can settle such a heated debate – THE WORD OF GOD.

God’s Word is our Final Authority for faith and practice.  The Bible should settle the matter of abortion for all who claim the name of Christ. Click To Tweet

Perhaps you question, “What about those who don’t believe the Bible?” Unbelievers may reject the Bible, but it is quick and powerful regardless of their personal beliefs.  They still need to hear what God says.  Almighty God has the power to open eyes and enlighten minds.  God’s Word changes lives.

Even though there is so much confusion on the topic of abortion in the world, there should be no division among believers.  God’s Word is our Final Authority for faith and practice.  The Bible should settle the matter of abortion for all who claim the name of Christ.  I’m concerned about our “pro-choice” Christian friends.  Allow me to lay out a case for those who believe the Bible but have listened to the political talking points without ever honestly considering what the Word of God has to say about the subject.

May the Holy Spirit guide us into the Truth of this vital subject!  It is literally a matter of life and death.

Legalized abortion is one of the greatest atrocities in human history.  That statement is not an exaggeration: it is a verifiable fact.  The loss of life from abortion dwarfs many other tragedies.

Historians estimate that six million Jews perished during the Holocaust.  An estimated 7.5 million people died in the Thirty Years War from 1618-1648 (considered one of the most destructive conflicts in human history).  World War I had approximately 23 million casualties.   The highest death toll in history is attributed to World War II with an estimated 84 million deaths.   It is hard to imagine the loss of life on such a large scale.

How does the death toll of abortion compare to these atrocities?

As I answer that question, I don’t want to make this article too technical.  If you desire to get into the in-depth statistics of abortion, visit guttmacher.org.  They are a research organization started in 1968 that works to study, educate, and advance sexual and reproductive health rights.  They are considered the gold standard for abortion statistics and are certainly not a religious organization that would hold our Biblical values. Nevertheless, their statistics are astounding.

An abortion counter at numberofabortions.com estimates that there have been over 61 million abortions in America since the passage of Roe V. Wade (the court decision that legalized abortion in America) in 1973.  This abortion assessment uses guttmacher.org stats as the basis of their estimates.

That’s a lot of dead babies!  But wait a minute…  That enormous number only includes abortions in America.  The World Health Organization (WHO) estimates that there are between 40-50 million abortions in the world EVERY YEAR. In their pamphlet “Key Facts On Induced Abortion Worldwide” WHO states, “Globally, 25% of all pregnancies ended in abortion in 2010-2014.” If you can wrap your mind around all this death, it culminates in the estimation that over 1.5 BILLION babies have born aborted worldwide since 1980.  Let. That. Sink. In.

With this amount of death, it is arguable that legalized abortion is THE greatest atrocity in human history.

Have you found this information helpful?

Use this mini-book to spread the message of God’s Truth. Order them for friends, family, and church members. Don’t allow politics to perpetuate the greatest cause of death on the planet.