Sin can change you from the inside out. Protect yourself by rejecting temptation. 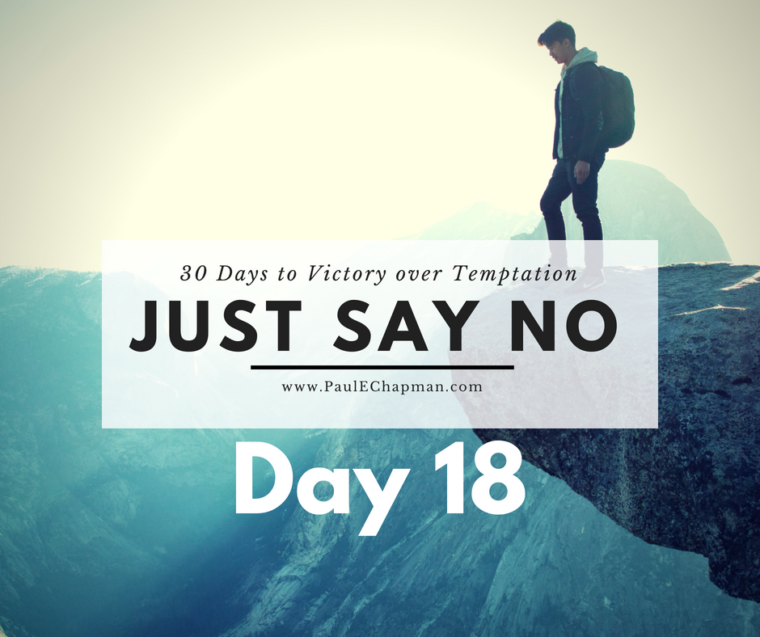 2 Corinthians 10:5  “Casting down imaginations, and every high thing that exalteth itself against the knowledge of God, and bringing into captivity every thought to the obedience of Christ;”

Sin is deceitful. It seduces you with the promise of pleasure but secures sadness and pain. If sin is so terrible, why then do people keep sinning?

Sin perverts the mind. It corrupts the way people think. It reduces the capacity to think logically. It confuses right and wrong. It rewrites existing concepts of morality, priority, and deity. In short, people become different when they continue in sin.

Reject satan’s lies and replace them with God’s Word.

I could tell you many stories of good people who have been entirely changed by the deceitfulness of sin. If you have ever seen it happen, you know what I’m talking about. It is a creepy thing to see the person you know so well, spew out words that defy who they have been.

Don’t let this happen to you!

This verse instructs you how to correct the mental distortion of sin.

Satan works to build strongholds (fortresses) in your mind. These are false images (imaginations) and false statements (high things). These two powerful types of lies fight against (exalt themselves) against the Truth of God’s Word.

Even though we know what God said, we begin to buy into the falsehood. Thus, the process of corruption has begun, and we are in a battle for our lives.

Let me give you an example. The Bible clearly states that God loves you. He proved it on Calvary and many times since then. Yet, how many of you reading this aren’t convinced God loves you. That doubt affects how you live. That’s a stronghold.

Here’s another example. God says that sin will destroy you, but you don’t really believe it. You’ve seen many people sin in that way and they seem fine. Stronghold.

The solution is to “cast down” those lies. Remove them from your mind. Reject the lies and replace them with truth from God’s Word.

Each lie provides an opportunity for you to believe it and elevate it above God’s Word in your mind. You have the power to bring every thought into the captivity of Christ.

What are strongholds affecting you today? Search them out. Cast them down. Stop allowing satan to have a place in your thinking. Get rid of the strongholds and say NO to temptation today!

“Lord Jesus, I want to think like You think. I want my mind and my heart to be filled with Your Holy Word. Search me and reveal any strongholds in my mind so that I can cast them down through Thy power. Protect me from attacks of the Evil one. Enable me to live for You today. Amen.’

Comment2 | Share | Tweet | Share | +1 | Buffer | print | email
Categories: addiction, Sin, Temptation, victory
Disclosure of Material Connection: Some of the links in the post above are “affiliate links.” This means if you click on the link and purchase the item, I will receive an affiliate commission. Regardless, I only recommend products or services I use personally and believe will add value to my readers. I am disclosing this in accordance with the Federal Trade Commission’s 16 CFR, Part 255: “Guides Concerning the Use of Endorsements and Testimonials in Advertising.”