Christ Died For Our Sins – 30 Days To Victory Over Temptation 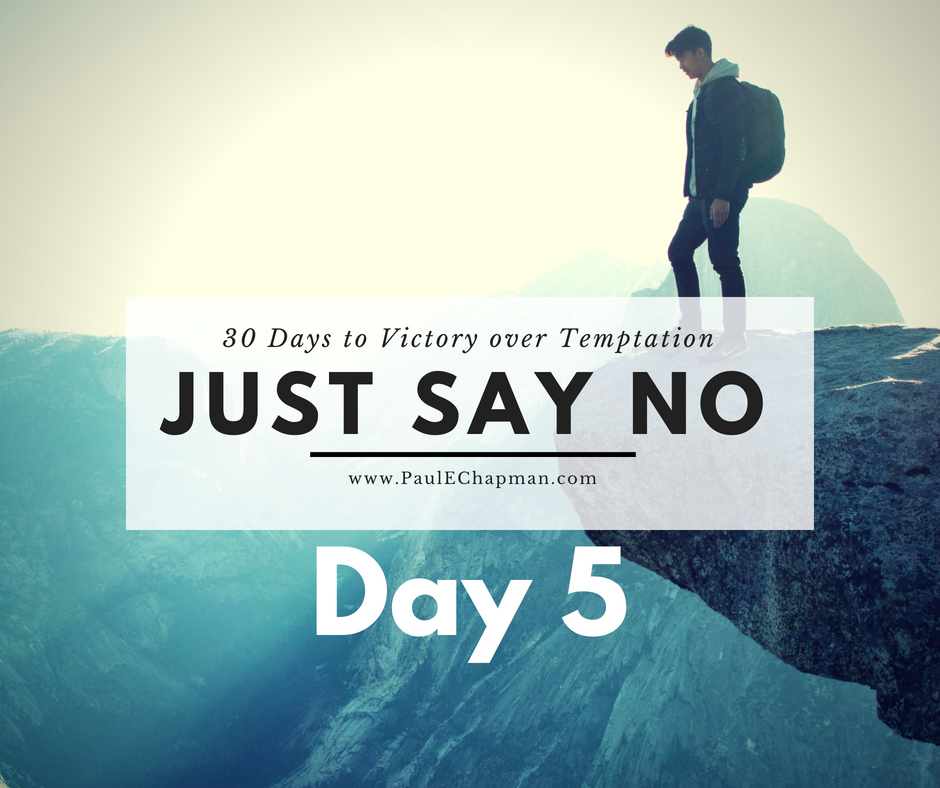 Why did Jesus Christ endure the Cross? It was the price required to pay for sin. He did it to pay for the sin that you are tempted to commit.

1 Corinthians 15:3  “For I delivered unto you first of all that which I also received, how that Christ died for our sins according to the scriptures;”

It helps to remember how terrible sin is when struggling with temptation. The world, the flesh, and the devil try to convince us that sin isn’t really a big deal. They will say that most of what the Bible calls sins are personal preferences that don’t hurt anybody.

Just how bad is sin?

It is easy to see the horrible effects of sin in the world. That evidence alone should be enough to convince a rational person of sin’s repulsiveness.

Furthermore, sin is so damaging, dangerous, and destructive that it was dragging the entire human race to Hell!

[shareable]The next time you are enticed to sin, remember how terrible sin truly is. Remember what Christ went through to pay for it. Just say NO![/shareable]

However, if you want to see just how terrible sin is you must look at the Cross of Calvary. There you will see the raw truth behind the deceitfulness of sin. There you will find the incredible price required to pay for sin.

Sin is so terrible, so damaging, so costly that God went to incredible lengths to pay for it. Consider these facts.

The Son of God was robed in human flesh and born of a virgin. He laid aside part of Himself to live and grow as a human baby into adulthood. He gave up Heaven for a time to live among His sinful creation. In a false trial, the Truth was accused by liars. The King of kings was judged by hypocrites. The people He would die for rejected Him crying “Crucify Him. Crucify Him.” Then the real pain began.

Our Lord Jesus was condemned by sinners. Punched in the face by Roman soldiers. His beard was pulled out. A crown of long thorns was beaten onto his head. They whipped Him until He looked like a bloody pulp. As He made His way to Calvary, the crowds mocked and jeered. He did not fight them. He became obedient unto death, even the death of the Cross.

They nailed Christ’s hands and feet to the Cross. They dropped the Cross into a hole in the ground dislocating His joints. As He hung there, bleeding and slowly dying every breath was a painful chore. He hung between Heaven and Earth as the ones He was dying for cursed and mocked. But the worst was yet to come.

The Earth went dark for three hours as Christ suffered the spiritual payment of our sin. For the first and only time in eternity, the Godhead was separated as Christ became sin for us. God poured upon His Son all the judgment, pain, and torment that we would accumulate through sin. Do you hear His desperate cry? “My God, My God, why hast thou forsaken me!” Then it was done. The payment was complete. Jesus proclaimed, “It is finished!” Then He decided to die. What a terrible scene! What love toward us!

Why did Jesus go through all of that? It was the price required to pay for sin. He did it to pay for the sin that you are tempted to commit.

The next time you are enticed to sin, remember how terrible sin truly is. Remember what Christ went through to pay for it. Just say NO!

[callout]“Lord Jesus, I’m sorry that my sin cost you so much. Thank you for dying for me. Thank you for paying for my sin so I can go to Heaven. I don’t want to commit the sins that you paid such a high price to deliver me from. Give me a holy hatred for sin. Help me live for you today. Amen.[/callout]