What Child Is This? The Angel Gave The Answer! 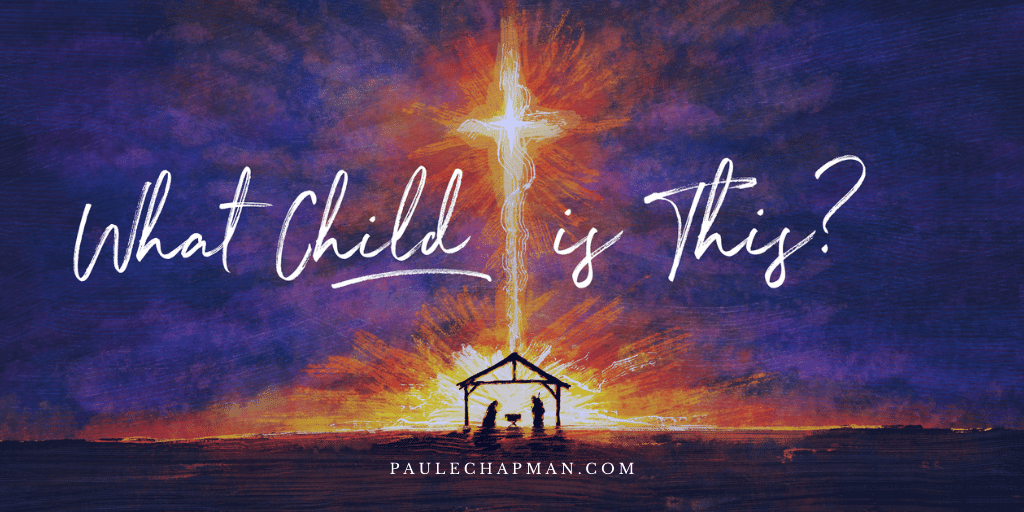 Who was the baby in the manger? What is so special about the baby Jesus? The angel gave the answer.

Christmas is a great time of year.

There is a great Christmas hymn that asked the question, “What Child Is This?” The words were written by William Chatterton Dix in 1865.

What Child is this who, laid to rest
On Mary’s lap is sleeping?
Whom Angels greet with anthems sweet,
While shepherds watch are keeping?

Why lies He in such mean estate,
Where ox and ass are feeding?
Good Christians, fear, for sinners here
The silent Word is pleading.

So bring Him incense, gold and myrrh,
Come peasant, king to own Him;
The King of kings salvation brings,
Let loving hearts enthrone Him.

This, this is Christ the King,
Whom shepherds guard and Angels sing;
Haste, haste, to bring Him laud,
The Babe, the Son of Mary.

The season is not about gifts, decorations, and parties. It’s all about Jesus!

The angel Gabriel was sent to Mary to explain the miracle that was about to happen to her. She was chosen to carry the Messiah the Jews had been waiting on for thousands of years.

“And in the sixth month the angel Gabriel was sent from God unto a city of Galilee, named Nazareth, ”

“To a virgin espoused to a man whose name was Joseph, of the house of David; and the virgin’s name was Mary. ”

“And the angel came in unto her, and said, Hail, thou that art highly favoured, the Lord is with thee: blessed art thou among women. ”

“And when she saw him, she was troubled at his saying, and cast in her mind what manner of salutation this should be. ”

“And the angel said unto her, Fear not, Mary: for thou hast found favour with God. ”

“And, behold, thou shalt conceive in thy womb, and bring forth a son, and shalt call his name JESUS.”

The angel told Mary the name of the Child. His name would be JESUS. A Saviour!

In the next two verses, Gabriel gave four statements about Who this amazing Child would be.

“He shall be great, and shall be called the Son of the Highest: and the Lord God shall give unto him the throne of his father David: ”

“And he shall reign over the house of Jacob for ever; and of his kingdom there shall be no end.”

What Child Is This?

Jesus is the greatest Man Who ever lived. He is great by every measure possible.

His birth changed the world. Our years are numbered beginning with His birth. His life, death, burial, and resurrection changed the course of human history and eternal destinies.

With no publishing company, radio, television, social media, or publicist, Jesus Christ is the most famous person to ever live.

Two Billion people on the planet today, worship His name.

He is a great child!

The Omniscient, Omnipresent, Omnipotent, Eternal Son of God was robed in mortal flesh. He became a human so He could die as a perfect man as atonement for the sins of all mankind.

The miraculous virgin birth allowed Christ to be robed in flesh without the corruption of Adam’s original sin.

Only through the death burial and resurrection of Christ can one be forgiven and accepted into Heaven.

3. A King in the Lineage of David

Jesus was the Messiah the Jews had been expecting for thousands of years. He fulfilled all of the Old Testament prophecies.

He was the promised King born in the lineage of David.

“To a virgin espoused to a man whose name was Joseph, of the house of David; and the virgin’s name was Mary.”

“Hath not the scripture said, That Christ cometh of the seed of David, and out of the town of Beth-lehem, where David was?”

The Jews wanted Him to deliver them politically. They didn’t realize that He first needed to save them spiritually.

He will come again as a conquering Lion to rule and reign from David’s throne during the Millenial Kingdom.

Jesus Christ is not only the King of the Jews, but also the King of kings and Lord of lords.

“Now unto the King eternal, immortal, invisible, the only wise God, be honour and glory for ever and ever. Amen.”

You can bow to Him now and accept Him as the Lamb slain for your sin or you will bow to Him later as the King of the Universe.

The choice is yours.

Most people don’t have a problem with the baby Jesus. Yet, they forget that He grew up and become so much more.

Thank God for the reminder of the miraculous incarnation of Jesus Christ during Christmas.

What child is this in the manger?

The angel told us who He was before His birth.

Also, God reminded us of Who Christ was on the night of His arrival.

After His birth, the angel exclaimed to the shepherds abiding in the fields –

“And, lo, the angel of the Lord came upon them, and the glory of the Lord shone round about them: and they were sore afraid. ”

“And the angel said unto them, Fear not: for, behold, I bring you good tidings of great joy, which shall be to all people. ”

“For unto you is born this day in the city of David a Saviour, which is Christ the Lord.”