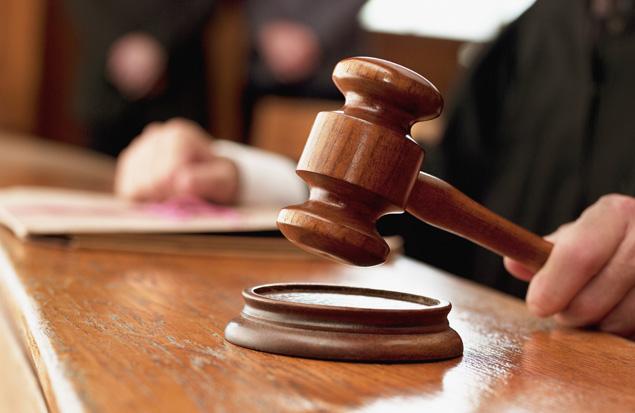 Gossip and false accusations are powerful weapons of Satan.  Use these simple tips to conquer them in your life.

Innocent Until Proven Guilty.  This is one of the foundational principles of law.  An accused person is innocent until proven guilty.  This means the burden of proof is on the accuser to prove guilt.  However, in recent days, it seems that the paradigm has shifted.

Today, an accusation is often accepted as fact, and the burden is placed on the accused to prove innocence.  In addition, too many cases are brought to a close with circumstantial evidence taking the place of hard proof.

This practice is not only bad for the legal system, but it is terrible for personal relations. Moreover, it is unBiblical.  This concept has crept its way into churches and is wreaking havoc among God’s people.

Satan benefits significantly from this new interpretation of guilt.  I’m sure he had a hand in it.

Satan is the accuser of the brethren.  Revelation 12:10 says that he accuses us to God day and night even though we are cleansed by the blood of Christ.  His tenacity should not go unnoticed.  He is just as determined to accuse God’s people to anyone who will listen.  He loves to accuse anyone and everyone of anything and everything.

A spirit of accusation is contagious.  It is a shame when children of God begin mimicking their greatest enemy.  Some churches and religious circles seem to be entirely infected with this deadly spirit.

Unfortunately, this spirit of accusation can rear its ugly head in even the best congregations.  Rumors and gossip have always been the enemy of God’s work and fueled by false accusations.

The Bible requires 2 or 3 eyewitnesses for a conviction.

God planned that hard evidence was needed to convict one of a crime.  We must be cautious of condemning people based on hearsay or suppositions.  There is a reason that hearsay is not admissible in a court of law – it is unreliable.

A witness in court is only allowed to convey what they heard and saw not what someone told them they heard or saw.  To be sure, a supposition and circumstantial evidence may be enough to warrant further investigation, but it is not enough to convict of a crime.

Too many Christians believe what they are told about others too readily.

The fallen human nature enjoys a juicy story, whether it is true or not.  People often pay to watch and read untrue stories in movies and books if the story is well written.  Unbelievable stories about “aliens” and “Elvis” bring in enough money to make a profit for unscrupulous magazines.

We must be sure to give people the benefit of the doubt and starve the fires of rumor and gossip. Furthermore, this faulty philosophy is an open door for Satan to bring discouragement and hurt into your life.  Only God knows how much worry and pain people have carried because they believed something that wasn’t true.

Set up this safeguard in your heart –   people are innocent until proven guilty.

Here are 12 helpful tips to conquer gossip and false accusations:

Satan is building a case against people in your life.  He will continuously bring up little things about a person that on their own mean very little, but added to the accusative narrative each piece adds to the “evidence.”

In addition, realize that people see the world through their own lens.  If someone believes that a good person is “bad,” then every useless piece of information can be twisted to build that case.

This skewed information is often passed on to others to help them “see” how “bad” this person is in “reality.”

On the other hand, if someone believes that a bad person is “good,” they can overlook an enormous amount of awfulness and pick out every bit of information to prove their “goodness.”

Decide that you will not be a part of the rumor mill.  Commit to yourself that you will view others as innocent until proven guilty.  See things as they are, not as you desire them to be.

If there are not 2 or 3 reliable witnesses, you should not convict them in your heart.  If there is enough probable cause, take it to an authority (parent, pastor, spouse, police, etc.) that can investigate the situation further.

3.  Consider the character of the witnesses.

It is Biblical to consider the character of the accuser.

“It is not good to accept the person of the wicked, To overthrow the righteous in judgment.”

This was done by judges in America’s past as well.  It doesn’t mean that a righteous man will never do wrong and be brought to light by a wicked man.  Of course, this has happened.

However, countless more times the righteous have been falsely accused by the wicked who have a sinful agenda.

They may see an action or hear words, but not understand the details of the action or the context of the words.  Many of us have been surprised to learn the actual context of a situation was not what we thought.

Don’t spread news without the facts.

It is human nature to fill in the blanks and add commentary to the action or words.  This often gets added to the situation as “fact.”

What did they actually say?  What did you see with your own eyes?  These are questions that help sift through the confusion.

It’s true.  Sometimes people just plain lie.  They say what they want you to believe to achieve their own ends.

7.  Learn that most people subconsciously relate a situation in a way that puts them in the best possible light.

Even the best of people do this without realizing it.  There are three sides to every story:  one side, the other side, and the truth.  Seek the truth.

Even when wrongdoing is obvious, it is a bad idea to assign motive and set the penalty to someone outside of your jurisdiction.  This would make you the “judge.”

You are not The Judge.  God already fills that position.

Jesus said, “Judge not” in Luke 6:37.  Most people quote this verse in an effort to get you to ignore their sin.  It is not “judging” to point out that someone is violating Scripture.  You are just telling them what the judge already said.

However, you should not go further to imply a motive, and a demand a penalty.  That is up to God and the violator’s God-given authorities.

“If a false witness rise up against any man to testify against him that which is wrong; Then both the men, between whom the controversy is, shall stand before the Lord, before the priests and the judges, which shall be in those days; And the judges shall make diligent inquisition: and, behold, if the witness be a false witness, and hath testified falsely against his brother; Then shall ye do unto him, as he had thought to have done unto his brother: so shalt thou put the evil away from among you.  And those which remain shall hear, and fear, and shall henceforth commit no more any such evil among you.”

Nothing will stop gossip and false witness as much as holding people accountable for their words.  Trust God’s wisdom.  Follow His plan.

Don’t allow false accusations to go unanswered.  This is best done by the people being told the lie, not the one being lied about.

You cannot stand neutral on the sidelines.  Either the information is correct, and the accused needs to be confronted, or the accusation is false, and the accuser must be corrected.

False accusations hurt people.  If you allow this sinful behavior, don’t be surprised when you are the one eventually being accused.

Be wise and harmless.  Live by principle and don’t become an accomplice of false accusation.

11.  Give space for repentance.

Be ready to forgive those that want to make things right with God and man.

Unforgiveness is a grievous sin.  Even if their words and actions hurt you more than they will ever know, the blood of Christ is abundantly sufficient for payment of their transgression against you.

No one could hurt you as much as you hurt God.  Forgive as God for Christ’s sake has forgiven you.

12.  God knows the truth and will reveal what needs to be known.

“It is the glory of God to conceal a thing: But the honour of kings is to search out a matter.”

It is the responsibility of parents, pastors, police, etc. to investigate issues with probable cause.  Don’t allow your love for people to make you blind to sin that needs attention.

Sometimes, people lie or wiggle their way out of consequences.  Do they just get away with it?  God forbid.

Understand me clearly.  Nobody ever gets away with anything.  God always balances the ledger: if not in this life, then in eternity.

As a pastor, I often discourage people from becoming a “private investigator,” trying to catch people in the act.  There is no need.  God knows all.

Unfortunately, every pastor has to help in sinful situations.  Sometimes people lie, and there is no hard evidence for a situation that needs to be resolved.  This is an opportunity for us to trust God.

Give the situation to God.  Ask Him to reveal what needs to be known.  Pray that He would give wisdom going forward.  I have seen God bring details to light in such a way that the best of liars had to admit their sin.

These principles will help you if you heed them.  Let’s stop the madness.

This stuff is tearing churches apart and hindering the holy work of God.  People are innocent until proven guilty.